If a person does not understand the close connection between the mind and the body, he will have a misconception about health and disease. Mental illness is linked to physical health, just as physical health is inextricably linked to mental illness. Depression has its hidden, invisible dangers. Stroke is the first on the list that can get worse under the influence of depression. Heart disease is second on the list caused by depression. It is the most common cause of death in the whole world.

People who have experienced a heart attack may, after recovering from physical symptoms, feel unable to return to normal life and constantly feel some restlessness, sadness, and loss of energy. Smoking, blood cholesterol levels, diabetes, and high blood pressure also carry a high risk of heart disease. If the level of cholesterol in the blood is not corrected, tobacco and blood pressure become clogged and the work of blood vessels becomes difficult, which we have already written about. 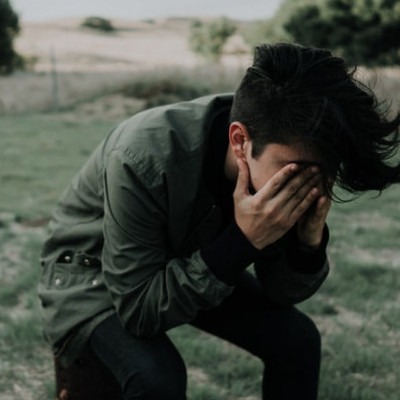 Depression interferes with learning and job prospects. In young people, depression can cause serious damage. He is more likely to be left alone, and less likely to graduate from college. All these hidden dangers bring depression. Stressful life events and depression cause suicides that occur among all age groups. Each phase of life brings with it its forms of stress and loss. Young people experience stress due to illness, loss of a job or loss of friends. Older people often experience multiple losses and are especially susceptible to suicide.Click here

We are part of a society in which the appearance of a beautiful face and body is valued, and what looks unattractive is ridiculed. For example: overweight women and men with lower weight are more prone to depression and suicidal thoughts. People who feel depressed are often impulsive and eat too many high-calorie foods in the hope that they will recover. 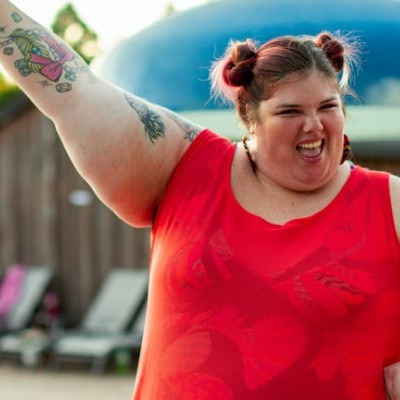 When a person is dissatisfied with their physical appearance and considers these defects to be a physical anomaly, they are prone to dysphoric diseases and depression. This problem is becoming more common in adults, and especially in teenagers and adolescents. This problem can develop into anxiety or stress disorder, which is already a mental disorder. Such an unhealthy and excessive obsession with one’s appearance causes depression in both the old and the young, as well as frequent or constant looking in the mirror. Click here

A healthy diet against depression

Diet has a great influence on a person’s metabolism and there are many connections between what we eat and the risk of developing depression. However, because we all have different genetic backgrounds and live in different environments, our predisposition to the causes of diet-related depression varies from person to person. There are dietary factors associated with mental health

Toxins damage our brains in an obviously increasingly polluted world, toxins are often considered to be the causes of chronic diseases, behaviors and mental illnesses. For example, smoking: Everyone knows that tobacco is the second deadliest cause of death in the world! There are many books written on this topic, various methods, medicines, etc. My recommendation from my experience that I applied in practice and that helped me quit smoking is a book that I would warmly recommend to anyone who has problems with nicotine, tobacco.Click here

The author of the book especially emphasizes that he had a problem with smoking and explains how smoking can be stopped easily and simply, and also emphasizes that while reading this book you do not have to stop smoking immediately, but read it to the end and more than once. I’m not sure, but I think it can even be downloaded for free somewhere on the Internet.

From the first days of human civilization, the man came into contact with metals. The toxicity of metals has been talked about and written about for centuries. Exposure to metals is not only in industrial zones, but also pollutes water and enters a certain diet. Some metals and toxins are associated with mental illness.

Lead was one of the earliest exposed toxins to the nerves and brain. In children, lead exposure is not associated with depression, but with a slower response, reduced intelligence and hearing loss. Today, lead is used mainly in several industries, such as the production of batteries, paints, gasoline, plumbing, and other materials. History has recorded mercury poisoning for centuries. Where is the danger of mercury poisoning?

– A certain type of beef and other meat

The problem of insomnia

Another common treatment for depression is regular sleep. 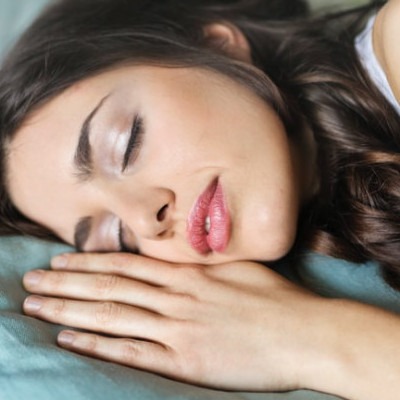 Lack of restorative sleep can cause depression, and depression can cause insomnia. Attention should also be paid to hypersomnia (excessive sleep) One of the factors that affects insomnia is the lack of the hormone melanin, which stimulates sleep. The amount of this hormone is partially reduced due to life habits that interfere with the production of this substance that promotes sleep.

Many people make the mistake of staying up late thinking that when they are tired enough, they will fall asleep easier, but it is a scam and excessive exposure to artificial light during night learning or doing other work, it hinders the development of melanin. Insufficient sun exposure can also interfere with the development of melanin. Many who have stopped smoking have a problem with insomnia, but it should last for about two to three weeks while the nicotine crisis lasts. This is explained in more detail in the book by Allen Karr 🙂

Others, on the other hand, use stimulants such as coffee to stay awake all day or alcohol to fall asleep later, but it has been shown that these artificial stimulants are completely wrong and only further increase the problem of insomnia and sleep in general. Many medications can also cause insomnia. Almost any medication can cause or worsen insomnia. Antidepressants, stimulants, and anti psychotics. Click here

Dinner before bed or a hearty meal creates heartburn and acidity. If you lie down with a full stomach, you will not get up rested! If you have dinner three or four hours before bed, that dinner will be cooked and you will get up rested 🙂 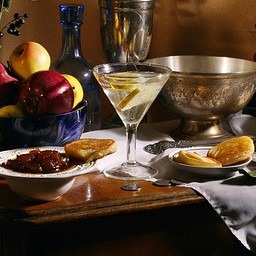 The problem of insomnia will be partially solved when you reverse the order of meals, which means a richer breakfast and lunch, and a light dinner can be fruity 🙂 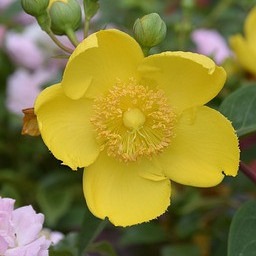 The St. John’s wort plant is very widespread in the world and has been studied in detail, whose beneficial effect has a positive effect on the nervous system and depression. St. John’s wort has been the leading antidepressant in Germany for years, and everywhere in the world. This herb can reduce depression by up to 40% to 50%. But it has not yet been fully examined how and in what way it acts as strongly as an antidepressant?

Prescription antidepressants can have harmful effects in combination with other medications and herbs. So you need to consult a doctor and not take any of it yourself. Medicinal herbs that can improve mood: 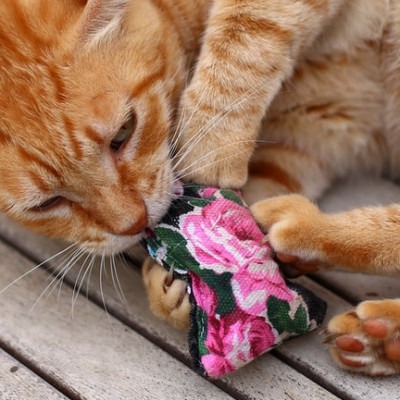 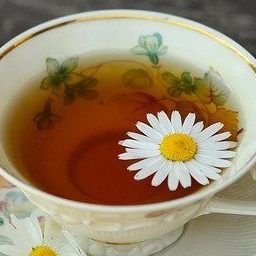 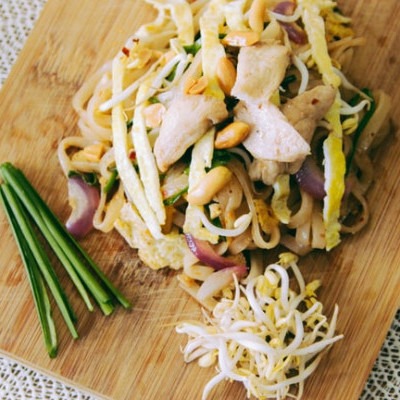 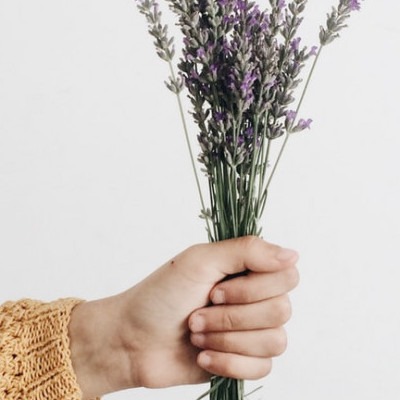 This trend has re-emerged since people around the world began to believe that unhealthy diet was the number one cause of death in the world. And the only salvation for all of us is to eat from God’s garden, and that is plants! just to remind you that plants are the only food producers on planet Earth, and humans and animals are consumers. 🙂 So, it’s time to wake up and think about why we are sick? where we make mistakes and change bad life habits and stop galloping towards our self-destruction! 🙂click here

For now, I would have so much to write to you, and I hope that someone will find themselves in this small article of mine and improve their health. I must mention that I am not a doctor and quack doctor, and I also advise everyone to first contact their doctor and consult with him or a nutritionist. If anyone has a question, let them write a comment, and I will do my best to answer as soon as possible to help as much as I can, I greet you and wish you health! 🙂 Zveki…